Here is all you need to know about the Top 10 Highest Paid Airline Pilots in the World | 2022. Pilots! The rock stars of the aviation industry.   You just can’t help but love them. From their fancy-looking uniforms to their short calming and assuring speech before take-off, these guys give you the physical idea of a superhero.

I mean if I were to write a comic book, my superhero would be someone whose alter ego is a Pilot.

I’m sure the thought of being a Pilot excites almost everyone, well except for those who are scared of heights.

Even if you don’t fancy the profession, knowing how much they earn might change your point of view.

Most airlines make sure that their pilots are well catered for given the level of responsibility of safeguarding lives they have on their shoulders.

In this article, we’ll be looking at the highest-paid airline pilots in the world.

We get to show you the benefits enjoyed by pilots including all-expense-paid hotels, luxurious tours, free medical insurance, flexible schedules, as well as their huge salaries.

You will be able to see why I call them superheroes after all. It’s not necessary for you to know a pilot personally before you love them.

Good pilots do the most to make sure the lives entrusted to them are safe at all times of the trip.  In the end, you’ll be glad you had such a person to protect you while you’re so high up in the sky. 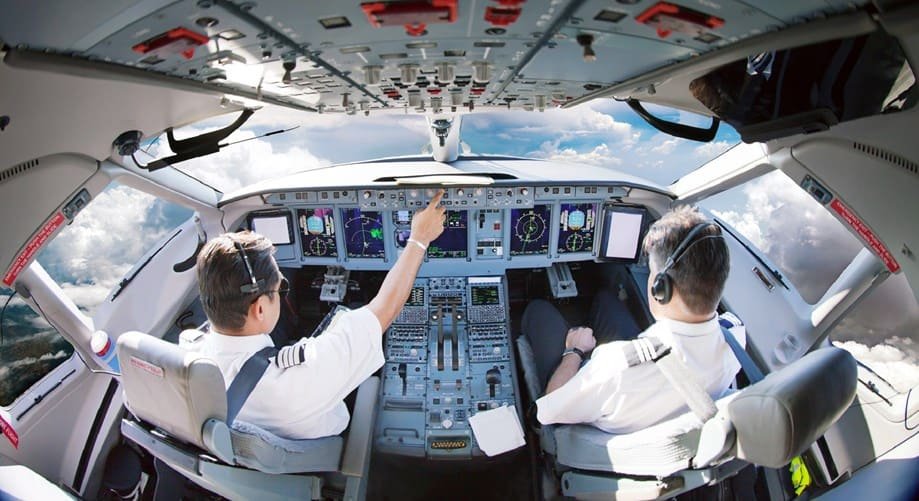 Commercial (or airline) pilots basically fly different kinds of aircraft, be it aeroplanes or helicopters.

It’s required for them to be highly skilled at doing this because of the technical nature of aircraft control.

Not just anyone can do this, it’s totally different from driving a car or riding a bicycle.  It requires you to keep the flying aircraft balanced while in the air, maintain a certain speed and avoid any possible obstruction all at the same time.

This involves a high level of precision and skill.

Pilots, in general, have a flexible work schedule, with overnight layovers more attributed to airline pilots.

Before flight take-off, pilots always make sure that the aircraft is operable and safe.

It’s their responsibility to make sure that the weather conditions are suitable for flying and that the cargo being carried are loaded promptly and correctly.

If these aren’t cleared, they won’t take off. Their priority is the safety of lives and properties in their care.

Usually, it is required of an airline pilot to obtain a Bachelor’s degree, and have experience as a commercial or military pilot.

A commercial pilot must certainly have gone through flight training. To have a job as a private pilot, it takes two months to undergo training.

To become an airline pilot, it takes two years to gain the required 1,500 hours of flight time experience.

Air travel is considered the fastest means of transportation in the world today. Any traveller who wishes to get to his/her destination in the least possible time would definitely opt for taking a flight.

Regardless of whether you want to get to your destination in time, you’ll also want to get there safely too right? A pilot ensures that.

Most pilots go all the way to address the passengers and assure them of a smooth trip before take-off. This is to reduce the fear lurking in the minds of passengers.

Quite funny but some even act as tour guides during the trip for passengers travelling for the first time. I don’t know about you, but Pilots are certainly the superheroes in my comic book.

Who are the 10 Highest Paid Airline Pilots in the World?

I’m pretty sure that by now you already have the idea why pilots are well paid across the world. An airline pilot can make an annual salary as high as $130,000 depending on the airline, so here are the top 10 highest paid airline pilots in the world.

Alaska Airlines is the sixth-largest airline in the United States if you were to use factors such as fleet size, the number of destinations completed and passengers carried.

It has its headquarters in SeaTac, Washington.

The airline, which was founded April 14, 1932, but commenced operations June 6, 1944, makes it a priority to maintain an outstanding relationship with its employees.

The airline is a member of the third-largest airline alliance in the world, has employed over 16,000 people.

These include an Audio-Video-On-Demand (AVOD) player, Wi-Fi and Streaming access, Breakfast smoothie shots, Ice-cream, Starbucks Coffee, Meals and other Beverages.

Delta Airline headquartered in Atlanta Georgia, Delta Airlines (also simply known as Delta) is one of the oldest airlines in the world.

Founded on March 2nd 1925 and commencing its operations on June 17th 1929, Delta is a founding member of the Skyteam Airline Alliance.

It is ranked as the second-largest airline company based on fleet size, the number of destinations completed and passengers carried.

It offers different classes of tickets including Delta One (for business), Premium Select, First Class, Delta Comfort Plus, Main Cabin and Basic Economy.

Comfort is not taken lightly with these guys as each class offers special types of treatment.

Based on fleet size and the number of destinations, it is ranked as the third-largest airline in the world.

With its headquarters in Chicago, Illinois the airline boasts of operations in small and large cities in the US as well as in six continents.

Having a staff strength of over 96,000, it is a founding member of the Star Alliance, the world’s largest airline alliance. It reported making a net profit of about $3 billion in 2019.

Furthermore, it has its largest hub being the Chicago–O’Hare Hub in terms of passengers carried and the number of departures.

American Airways, the world’s largest airline based on fleet size, scheduled passengers carried, and revenue passenger-mile was founded on April 15, 1926. It was only until June 25, 1936, that the airline commenced operations.

The major airline has its headquarters in Fort Worth, Texas boasting of an 857 mainline fleet size. It operates from 10 hubs, with the Dallas/Fort Worth (DFW) hub being its largest.

The airline has a staff strength of over 137,000 employees and is a founding member of the One World Alliance. As the airline takes on an average of 6,800 flights per day to nearly 350 destinations in more than 50 countries, it offers various classes of tickets to its passengers.

This airline, founded in August 1998 and commencing operations two years later in February 2000, is a major American low-cost airline.

It is the seventh-largest airline in the whole North Based on the number of passengers it carries. JetBlue Airways has its headquarters in the Long Island City neighbourhood of the New York City borough of Queens.

With a staff strength of over 22,000 employees and ranked 394 on the Fortune 500, the airline operates over 1,000 flights daily and serves 100 domestic and international network destinations.

It has operating hubs in Boston, Los Angeles, Orlando, Fort Lauderdale and San Juan. The airline has a fleet size of 282 with no specific ticket class; it is a low-cost airline.

A Captain also working for the same airline earns between $234,000 to $269,000 annually still based on the years of experience

Southwest, as often called, is the world’s largest low-cost airline with its headquarters in Dallas, Texas. Founded on March 15 1967, and commencing operations on June 18 1971, Southwest has scheduled flights to 121 destination in the US and 10 other countries.

The airline possesses a staff strength of more than 54,000 employees and a fleet size of 735. It was said to have carried more domestic passengers than any other airline in the year 2018.

The airline’s business model is quite different from other airlines in the USA as it uses a rolling hub and point-to-point network and also allows free checked baggage.

This airline was founded in 1983 and is one of the oldest airlines in the US as well. The centre of its operations is in Miramar, Florida.

One of the many low-cost airlines in America, Frontier Airlines was founded 8th of February 1994 and commenced its operations that same year on the 5th of July.

With its headquarters in Denver Colorado, they operate flights to over 100 destinations in the US and 31 international destinations.

Having a fleet size of 112 and employing more than 3,000 staff, the airline has its main hub at Denver International Airport with numerous focus cities across the US.

Sun Country Airlines is another American ultra-low-cost passenger airline. It was the eleventh largest in the US by passengers carried.

It was founded in June 1982 and commenced its operations in January 1983. With its headquarters in Minneapolis, the airline has a fleet size of 48 and covers about 59 destinations.

The airline possesses a staff strength of about 1,800 and acts as a cargo airline as well. It was said to have made a net profit of $30 million in 2018.

This airline is the largest commercial airline in the state of Hawaii but the tenth-largest in the whole of the USA.

Formally founded on the 30th of January 1929 and commenced operations on the 6th of October 1929, the airline operates flights to Asia, American Samoa, Australia, French Polynesia, Hawaii, New Zealand, and the United States mainland.

With a staff size of over 7,000 and a fleet size of 61, the airline company is the oldest US carrier that has never had a fatal accident or a hull loss throughout its history.

A lot of the above-listed airlines stand out because of the exceptional services they tend to offer, even the low-cost airlines.

It’s not far-fetched why their revenues are high. They can afford to pay their pilots handsomely.

The aviation industry is structured to be one of the most disciplined professions, so it makes so much sense for pilots to give their best.

And if you’re wondering, “Why don’t I simply become a pilot?”. Well, you can be a part of the aviation industry, and I’m sure you’ll probably enjoy the experience with its many benefits.

How can I become a Pilot?

How much will it cost to learn to be a Pilot?

Is there an age limit to be a Pilot?

What course of study is required to go to Flight school?